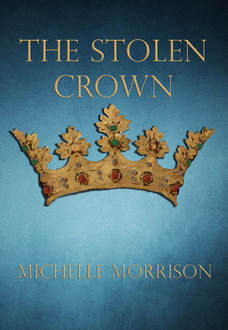 
When a man’s head is struck from his body by a Viking’s axe, he dies a hero, defending his home. Should he survive a Viking attack, the bards will sing of his prowess against the dreaded Norse marauders who came to pillage, kill, and rape. I survived such an attack unscathed but the bards did not sing my praises for I am a woman. Instead they sang of mighty King Harold, second of that name, who saved our small village simply because we were his subjects.

I first met the King of England during the late summer when I was fifteen. Of course, he was not the King of England yet; he was but a newly created earl, vigorous and full of passion to lead and govern the people of East Anglia.  At two and twenty, he was young and brash, headstrong and determined.

The wet spring that year had been followed by a balmy summer, and the crops flourished. The wheat stood tall and golden in the fields, the heads of oats were heavy and plump, and the cattle stuffed themselves to bursting on the sweet lush grass. From the cold blue waters of the nearby bay, fish nearly leapt into the fishermen’s nets.

In those bountiful days of late August, everyone in the small village of Burton by the Wash rose with the sun to gather the fruits of our labour, and fell exhausted into slumber shortly after sunset. Minstrels en route to a great lord’s manor would stop and share their entertainment as we readily shared our feasts.

It was the perfect time to be raided.

Since King Edward’s accession, the Vikings had ceased to rule England, but they still took great pleasure in pillaging our coasts. Burton by the Wash sat on the eastern coast of England, and as the waters of the bay known as the Wash provided shelter when the seas were rough, we had long since been discovered as a town where food and such wealth as we could scrape together were ripe for the taking.
It had been many seasons since the brawny Norsemen had sacked small Burton, though we heard from the minstrels that other villages along the coast had not been so lucky. I was too young at the time of the last attack to remember anything beyond my mother dragging my brothers and me behind her as she pushed her way through the brambles in the woods beyond the village. We had spent the entire night and all the next day foraging for berries and nuts and playing as quietly as possible so as not to alert the marauders of our presence. When we had returned, half of Burton was in flames and many of our men dead. My father lived through the attack, though he would ever after walk with a limp from the gash torn in his thigh by a battle axe.

Such thoughts, however, were far from my mind as I returned to the village from the river Nene where I had been rinsing out freshly dyed wool. The heavy basket of wet fabric balanced precariously on one hip while on the other I tried to hold my youngest brother Athelstan who squirmed with all the vigor of a two-year-old. As I made my way back to Burton, I thought of the harvest feast we would have once the crops were in. Perchance the villagers from Walpole--less than a day’s walk away--would join us. It was said there were two men to every woman in Walpole and there would no doubt be dancing after the feast.

The smell of smoke did not rouse me from my daydreams for the huge kettle in which the women of Burton dyed fabric required a massive fire.
Into the quiet buzz of bees and the gentle chirp of birds, a keening wail rode the smoke and caused my heart to leap in fear. Another scream such as I hoped never to hear again tore through the gentle fabric of the day and without thinking, I dropped my basket and raced through the thinning trees. I rounded the small stone building that was our ale house and stopped dead in my tracks.

Several huge men, Vikings judging from their long hair and braided beards, were running from house to house. I ducked back behind the ale house and then peeked cautiously around the corner, my heart pounding so hard it ached. The few men who were not working in the fields beyond Burton battled desperately, but their skinning knives and weeding hoes were no match for battle axes and swords swung with deadly precision by men who thrived on bloodshed and mayhem. Wulfstan, my father’s nephew, lunged at a red-headed Viking with the axe he normally swung at wood. The Viking easily sidestepped the blow and leveled his own axe--an axe I was certain had only known the sheath of blood and bone--at Wulfstan’s exposed neck. I squeezed my eyes shut and turned away to avoid seeing my cousin’s head fall from his body.
When I finally opened them, I saw that the huge iron cauldron was turned over, its sodden contents smoldered amongst the burning logs that were strewn about the clearing in the center of the village. My mother had been at that cauldron when I left to go to the stream. Setting my brother down, I knelt in front of him. “Athelstan. Would you like to play a game?” I know not how I managed to make my voice so calm.

“Yeth!” he avowed, apparently oblivious to the carnage around us.

“Then run back down the path and find a good hiding spot.”

“Yes,” I said. “I will come and look for you, but you must not make a sound otherwise I shall win the game.”

He laughed. “You not find me.”

“Good lad.” I watched him toddle down the path and then willed myself to turn around.

Thinking that I must find my mother, help her in some way, I stumbled forward a few steps, though my legs felt like water-logged wood. Three, no four bodies lay hacked and dying in pools of blood. Swallowing bile, I looked at them, relieved to see my mother was not one of them, devastated because I knew them as well as my mother. Tears streamed down my face, blurring my vision as I carefully avoided the place where Wulfstan’s body lay.

My legs lost their woodenness and I now ran frantically from house to house. My mother was nowhere to be found and my mind ceased to work, locked as it was in terror and disbelief. I should hide with Athelstan, I told myself, but I kept running. Perhaps I thought to save my fellow villagers, perhaps I was looking for one of the men to protect me. What I found instead as I entered the doorway of our small house was a Viking knocking over bowls of herbs, emptying sacks of vegetables, looking for anything worth stealing. His sandy blond beard was matted with blood and he must have run a blood-smeared hand through his hair for there was a smudge on his forehead and his light hair stood on end like the berserkers of bardic lore.

Fool that I was, I stood there gaping instead of turning and running for my pitiful life. It was only a matter of seconds until he noticed me and the grin that parted his blood beard chilled my blood.

“God kveld, min frilla,” he said in a raspy voice.

We stared at one another for an endless moment. Then, as if by agreement, we both moved, I to flee for my life, he to lunge to take it. His fingers raked through my streaming hair, snagging in a tangle and pulling free in a painful clump.
I should have known I could not escape him. His legs were longer and he was not half-blind with tears and terror. His next lunge gained him a better handful of hair and with a jolt I was pulled to a stop and forcefully swung around, colliding with his iron-muscled chest. The metallic smell of blood clung to him. His breath spewed fumes of ale and droplets of spittle in my face and I nearly vomited with fear and loathing. His hand twisted tightly in my hair, forcing my head back. With his free hand he grabbed my tunic and yanked, shredding the worn fabric, exposing my right breast.
With a strength born of desperation, I clawed my nails down his face. Bloodbeard howled in rage and with a backhanded blow to the side of my face, knocked me to the ground. The grass spun before my eyes and as I took a breath, my head felt as though it would split with pain.
Here it comes, I thought with a strange sense of disinterest. He will take what should have been my husband’s and then slaughter me like a calf. Perhaps I would retain this indifference through it all and not care when the axe flew for my neck. I felt him jerk the hem of my tunic past my thighs and dig his fingers into the soft flesh above my knee.

Suddenly the sound of hooves penetrated the haze of apathy that clouded my head. There were more screams, but these were in Norse. Opening my eyes a slit, I saw that my attacker had turned to watch a group of well armoured men ride into Burton. My eyes widened as I saw the men attack the Vikings, leaping from their horses and hewing Norsemen down with mighty blows from their longswords.

With a clarity that completely belied my earlier fogginess, I rolled to my side and grasped a burning log. Before Bloodbeard could turn, I leapt to my feet and swung with every ounce of strength I possessed. My movement must have caught his eye for the bloodied Norseman turned as I was in mid-swing and I saw a look of utter disbelief cross his face in the brief moment before I smashed the side of his head.
Buy Now!